Hello and welcome to this blog post about Vertcoin VTC White Paper. I am very excited to know that you are interested in this amazing technology, you will be going to amazed by the incredible potential of the blockchain.

There is a lot to learn about this futuristic tech, lets get started to dive into the Vertcoin VTC white paper and start to leverage it to build a more secure and trusted ecosystem for Industry 4.0 applications.

The aim of this blog post is to help you quickly understand about the philosophy behind the Vertcoin (VTC).

I can ensue you that, you will be able to understand every bits and pieces related to Vertcoin (VTC) after going through the Vertcoin VTC white paper.

Without wasting any further time lets get started to dive right in and lets understand white paper first.

What is white paper?

A white paper is an informational, influential, well-structured document, usually published by an organization, to provide in-depth information about a specific solution.

A white paper is used to provide a good insight into the challenges for a specific problem and a proposed solution for the same.

Must Read: Facebook Meta – The Complete Guide to the Metaverse and How it Will Shape the Future of Virtual Reality

Vertcoin is a cryptographic currency, similar to Bitcoin and Litecoin, with one major difference. As the forerunner of the digital currency movement, the original Bitcoin developers were unable to perceive all potential threats that would arise to challenge it’s mission as a decentralized currency.

Millions of dollars were spent by various companies to build application specific integrated circuit (ASIC) computers in an attempt to monopolize mining. These devices made it so GPUs and CPUs were no longer useful in the mining process.

As a result, the vast majority of Bitcoin mining and transactions would now be processed by large data centers that required hundreds of thousands, or millions of dollars in investment.

Now that Bitcoin computational power is handled almost entirely by large data centers, the currency has rapidly changed from a distributed, decentralized currency, to one that is much more centralized and vulnerable. Companies such as Cex.io are routinely hitting 40% PoW computational power on a daily basis, and will soon be able to perform 51% attacks at will, if they so choose.

Due to the problems ASIC chips brought on the digital currency platform, a new currency, Litecoin was created. Litecoin attempted to utilize the Scrypt hashing algorithm, which is more memory intensive than SHA256, to deter ASIC use. As of January 2014, there are now Scrypt ASIC chips being deployed by the Chinese for mining. So far, around 1000 Mhash of Gridseed ASIC chips have been brought online and used on the litecoin and middlecoin.com network.

It will be great if you can help me to spread the word about this Vertcoin VTC white paper by sharing this post.

If you have any questions related to the Vertcoin (VTC) or need some further information or have some specific queries, feel free to ask your questions in Comment Section.

I monitor this section very closely and answer all your questions as fast as possible.

Also keep visiting us, as we keep on adding new content very frequently. You can also follow us on social media to get frequent updates. 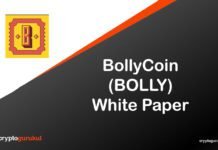